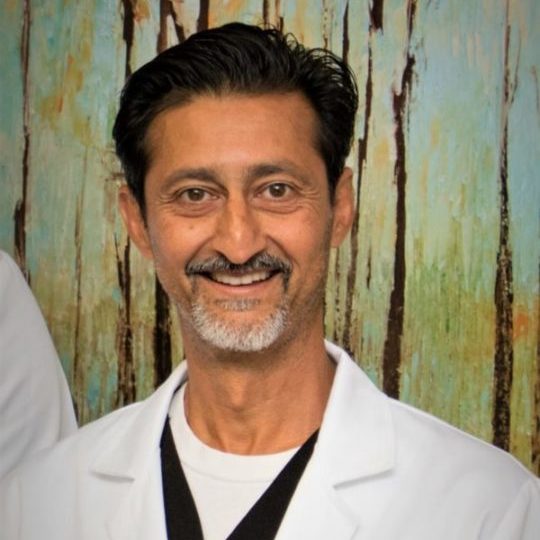 Rizwan H. Bukhari, MD, FACS is board certified in Vascular Surgery by the American Board of Surgery, and has 20+ of experience treating vascular patients. He strives to provide the highest quality of care for each of his patients by treating each of them with dignity, respect, and by offering the best care possible.
Born and raised in Dallas, “Dr. Riz,” as he is affectionately referred to by his patients, is a third generation physician, who spent years operating side by side with his now late father, Hassan I. Bukhari, MD, FACS. Together, the father and son duo formed a dynamic team who were not only colleagues, but more importantly friends. Together they supported and advised one another, with one priority in mind: provide the highest quality of care possible for their patients.
On March 1, 2014, Dr. Bukhari established his solo practice. Upon opening the current North Texas Vascular Center location on August 1, 2015, he dedicated the practice in his father’s honor. While his father was never able to visit NTVC himself, his memory and influence is reflected in the integrity and high standards held within the practice.